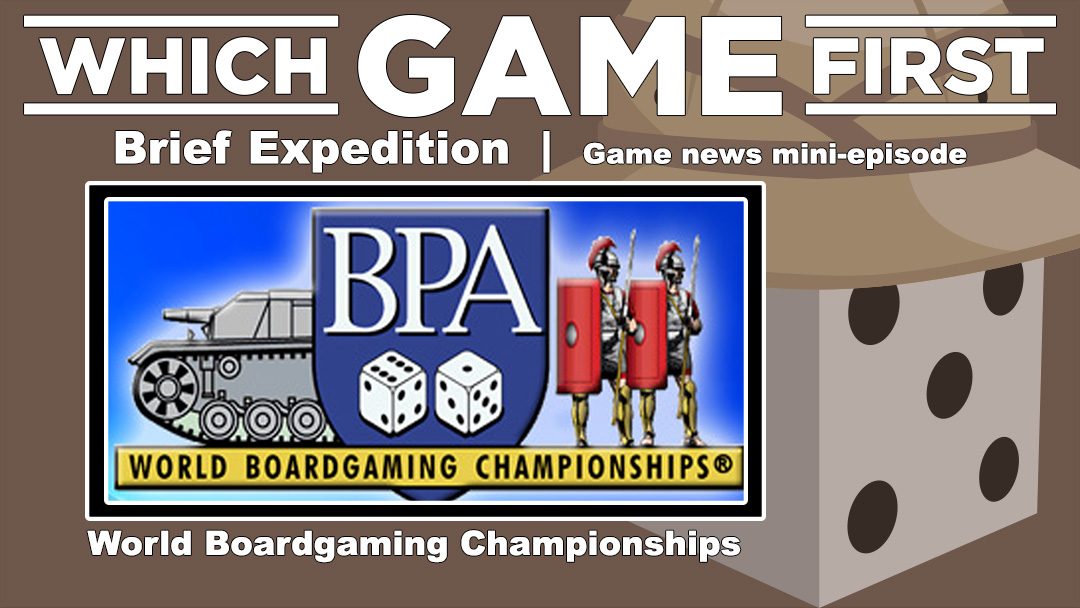 WGF went to Seven Springs, PA to check out the 20th anniversary of the World Boardgaming Championships (WBC), organized by the Boardgame Players Association.
http://boardgamers.org/

The convention evolved from Avaloncon, which started back in 1991,featuring games from Avalon Hill Game Company, which are still prominent in the lineup of over 150+ tournaments / events.  The cover of this year’s program honors the 51 games that have been in the competition at every WBC. Games like: 1830, Acquire, Advanced Civilization, Axis & Allies, B-17, Britannia, Circvs Maximvs, Dune, El Grande, Empire Builder, History of the World, Merchant of Venus, Panzer Blitz, Robo Rally, Settlers of Catan,Slapshot, Squad Leader, Tigris & Euphrates, Titan, Win Place & Show, and Wooden Ships & Iron Men.

The panel chats about the games they watched and played and the WBC’s large open gaming area and huge gaming library with hundreds of games to check out and play.

They cover the WBC game Auction, where Ed acquired a few games for us to explore including:

The panel also chats about:

Vassal game engine for building and playing online adaptations of board games and card games. Many designers use it to playtest games.
http://www.vassalengine.org/

Academy Games was showing one of it’s upcoming games: Agents of Mayhem: Pride of Babylon. A Fast paced and over the top 3D Tactical Board Game.
https://www.academygames.com/