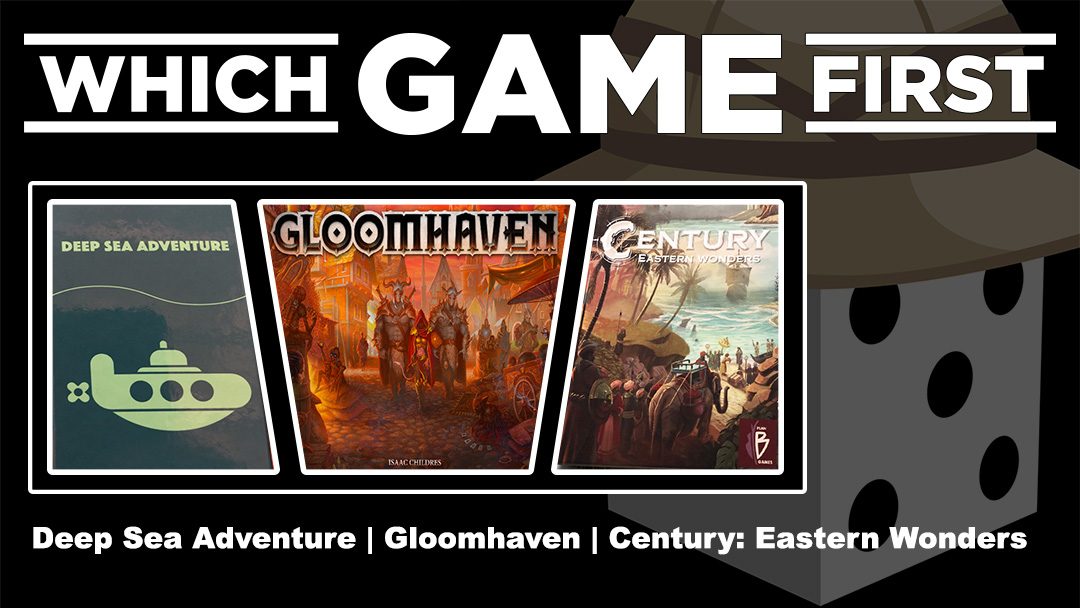 A group of cash-strapped salvagers dreaming of quick wealth venture out to recover treasures from some undersea ruins. They’re all rivals, but budget constraints force them to share a single rented submarine, so they must all share a single tank of air, as well. If they don’t get back to the sub before they run out of air, they’ll drop all their treasure. Now it’s time to see who can bring home the greatest riches.

The game takes place over 3 rounds, and the player to gain the most points over the 3 rounds is the winner. In order to gain points, you must bring treasure back to the submarine. You can only return to the submarine once per round, and you cannot progress any further after returning.

Gloomhaven is a legacy game. That means every time it’s played, there are concrete changes made to the game’s setting, so it evolves in reaction to players’ short and long-term effects on the game world. Starting characters include characters like the Scoundrel, the Brute and the Tinkerer. Every character gets their own deck of action cards and starts at level 1. A character’s deck will change as the character accumulates levels of experience.

The game plays out in a series of scenarios, each of which take up to 120 minutes. Before each scenario, the PCs are given battle goal cards to choose from. These give each character a specific goal, to be kept secret from other players. If achieved, this goal will give the character one or two check marks, similar to victory points, which can be used to improve that player’s character later on.

In a typical scenario, the players move their character across the spaces on the map populated with traps and other features laid out and arranged as instructed by the scenario book. When characters engage in combat, they use two action cards each round. Each action card has an initiative number in the middle, top action, and a bottom action.

Between scenarios, the players periodically return to Gloomhaven. When they arrive, they are given a choice to make in a city encounter. When they leave Gloomhaven, they may have a choice to make in a road encounter; both road and city encounters are resolved by group decision, just like a real group of adventurers, and both can have immediate or long-term effects on the game’s story. The game offers dozen of scenarios, new treasures and level-up surprises as you go for tons of adventure gameplay.

Centuries ago, the lucrative spice trade led to the discovery of the famed Spice Islands where the most valuable spices in the world were found in the Age of Discovery. Your journey continues in the Far East.

Century Eastern Wonders is played over a series of rounds. Each player will take one turn each round (starting with the first player and going clockwise). On a player’s turn, they may move their boat and then perform one of three possible actions: